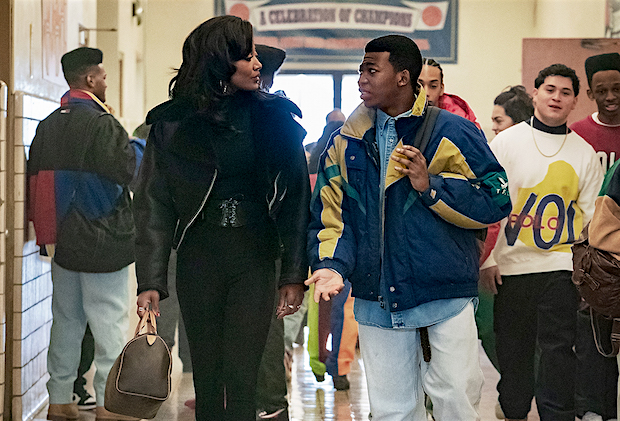 The spinoff from the 90s, also known as Power Book III, will have its premiere Sunday July 18, the network announced on Monday. The prequel chronicles the teenage years of Kanan Stark (Mekai Curtis), the future drug dealer played by 50 Cent on the original power. In 1991, Kanan was just a corner boy raised in Jamaica, Queens, whose mother, Raquel Thomas (Ms. Secretary’s Patina Miller) is a cocaine trafficker with underworld connections that span the Big Apple.

Starz also released the first footage from Power Book III – which you can see above – with Black Sheep’s old-school hip-hop classic “The Choice Is Yours” setting the mood. We see a young and determined Kanan assembling his crew, as a spokesman tells us: “You already know how my death ended. That’s how it started. “He itches to get into the drug game, but his mother puts him firmly in his place:” You have to stay out of the adult business. “

We also see glimpses of Omar Epps (House) as cop Malcolm Howard snooping around Raquel’s drug empire. But Raquel warns (threatens?) That “no one will ever get between my son and me”.

For a first look at Power Book III: Elevate Kanan, press PLAY above, then drop your first impressions in the comments.

MadLab Returns With Their 25th Season and New Artistic Director Will...

12+ New And Soon To Open Restaurants in Central Ohio